Was talking with my new bud, Chad Howse, the other day about fitness and fighting. Trading stories and insights about how and where the two arenas cross over.

You see Chad’s a boxer, and I’ve got my roots in the kicking arts, so we’ve, often-times, used different means to achieve many of the same ends.

We were both drawn to the fighting arts for similar reasons: the intense competition, the focus and determination needed to acquire new skills, the quiet confidence that comes from seeing the training through, and the beauty inherent in the art’s sweet science.

But we also found that the training – the physical conditioning – inherent in the fighting arts was pretty much second to none.

I recall my second training session in Hwa Rang Do (the first art I’d ever studied). Normally, folks recant their first ever experience in a new world. But my first day was ‘light-hearted’ in retrospect – it consisted of an orientation, going over standards and practicing a few basics.

However, it was my second day that shattered my perception of what I was in for.

It was a Wednesday night, and Wednesday night’s (as I would come to find out) were the most intense conditioning sessions of the week. It consisted of a ‘warm up’ that never seemed to end.

Did I mention we did a lot of kicks?

As we paired up for joint manipulation, my partner caught me laughing and asked if I thought the ‘warm up’ was too easy. 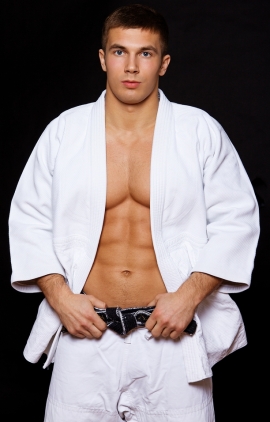 “I’m laughing because I can’t feel my legs.”

There were two jelly-like stilts beneath my torso, barely keeping me upright, and I wasn’t sure for how long. It was either laugh or cry. Even though the sweat rolling down my face would have masked a few shed tears, pride coughed up a few laughs instead.

He chuckled and assured me that as long as I kept coming to Wednesday night sessions the jelly-legs would turn into hydraulic lifts, and that it was the guys who skipped Wednesday nights that never seemed to find powerful kicking.

“Wednesday nights will shred your body, and your kicks will shred some trees,” he boasted.

I’d come to find out that he was right.

Now, in the interest of full transparency, I’ve never cut down any trees with my kicks, but consistent Wednesday night work brought along a very welcomed change in physique and kicking power.

In the following video installment, we’re going to take a look at one drill (and, oh, there were many) that we conditioned on those intense, sweat-soaked, jelly-legged Wednesday nights.

As the video points out, the Jump Tuck – with a quarter turn – can be used as a vital component in any fitness routine that concerns increased fat metabolism and lean muscle mass, and as a tool in your fighting arts toolbox, to help increase explosive power, mobile rooting and proprioceptive abilities.

And that’s one of the elements of fighting conditioning that Chad and I absolutely love. Beyond the sheer intensity of effort required to stay the course in our training, was the fact that all of our conditioning had a purpose besides only having a beach-ready physique.

Our training had an extended meaning, and we felt as though we were getting the best of both worlds.

If you’ve got any fighting conditioning stories, or even a story of an intense bout of training kicking your tail, drop a comment down below. We’d love to hear them 🙂