Time is a hot commodity.

I think Ferris Bueller had it pegged pretty well when he proclaimed, “Life moves pretty fast. If you don’t stop and look around once in awhile, you could miss it.”

And there’s a lot to miss, for sure; which is why it’s important to constantly assess not only how you manage your precious time, but how well that managed time is working out for you.

This, of course, includes your workouts.

I’ve wasted my fair share of time over the years with my training.  The end result left me always sore, a bit beat up, and feeling like I was spinning my wheels at times.

Nowadays, I highly value the time I block off for my own training.   Private coaching, classes, content development, and, oh, just about the rest of my life, are always vying for top billing on my calendar.  So, when I’m training, I’m training.

Be it getting dirty in the yard, or sweating bullets in the gym, I try to avoid any and all distractions. This typically includes people – easier in the yard, tougher in the gym.

Still, as someone who makes his living in the health and fitness arena, it’s hard not to get involved in a meaty discussion on strength training, or 5 minute session of movement troubleshooting.  So, for as much as I value my time in the gym, if I can take a few minutes to geek out or help a brotha out, I will.

Since the past few weeks at the gym have resulted in some pretty solid interactions, I figured I’d share the Cliff’s Notes of a few of them here with y’all.  Maybe you can relate some more than others.  I know I’ve been guilty of all of them over the years; some of them still, from time to time, when I’m being a little less than mindful with my practice.

Dan was sloppily busting his ass.  His effort was on 11, but he was leaking energy all over the place.

His feet were sloshing in a pool of wasted effort as he transitioned from station to station. Struggle was written all over his face; composure gone, replaced with the crinkled and pained visage of a man flailing to stay afloat out at sea. 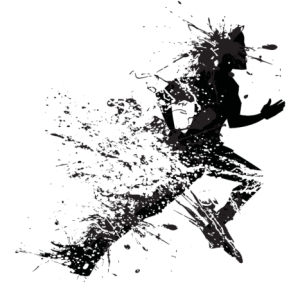 Dan and I got into a brief discussion during one of his rest intervals, and we worked together during his following round on shoring up some leaks and directing his effort a bit more optimally.

When the round was over I commended Dan on his stellar work at plugging up some holes and directing his effort more efficiently.

“But I didn’t last the full round,” he objected.

“Was that round easier than your last?”, I replied.

“No. It was actually a bit harder; my elbow doesn’t bother me as much, actually…”

“Right.  So why waste time and effort on a sloppy finish?  Your round ends when your composure does.  Your body will thank you in the long run.”

Dan didn’t change goals or his program design; just the quality of his effort.  And since tightening up his ship, he’s been spending a little less time in the gym and feeling a bit better all around.

While commendable, it’s not enough to simply work. To grind it out.  To give it all you’ve got.

Your effort needs to be directed and checked if it (and your body) is not to be wasted.

2.  TECHNIQUE HAS ITS LIMITS

Jacob is a beast of a man.  His squat numbers are impressive to say the least.  I’d run into him from time to time in the locker room and we’d chat it up – I always loved to hear the rundown of his food intake for the day, which was possibly more impressive than his squat output 😉

But one thing he seemed to always complain about was back pain after a heavy squat day. Wasn’t debilitating, but was annoying as all hell.

So, I asked him to squat for me a few times if he didn’t mind.  He finished lacing up his Chuck Taylors, obliged and clipped out a few solid rock bottom squats.  I could have been nitpicky but it was good to go by general standards.

“Exactly.”, he replied as he chuckled and head out to the gym.

I caught up with him after my cool down.  He had just finished a few miles on the treadmill and was warming up with some lighter barbell squatting.

But as he moved into some pretty heavy working sets things got interesting.  What was ‘nitpicky’ in the locker room evolved into red-flag under heavy load.

It was a familiar scenario, as I’d run into similar problems years ago with deadlifting issues.

I’d later find out that Jacob had a history of ankle problems.  His tendency to overpronate his feet set into motion an upward spiral of compensations that affected his knees and pelvis.  Heavy squats spotlighted this.  No surprise his back was sore after heavy squatting days.

There comes a time when pressure will reveal weaknesses, even with an exercise or movement that you’re pretty damn confident in.

It may be a certain poundage on the bar or variation of an exercise, but there comes a time where you’re going to need to step back from the movement and shore up the cracks in the foundation, often times by way of accessory, restorative and re-education work.  In other words, by training something other than the exercise in question.

Technique has its limits and compensations can only take you so far before things break down.

3. GIVE PROGRESS A CHANCE

Ahmed and I worked together for a number of years as desk jockeys.  He was a self proclaimed fitness enthusiast, always coming into my cube with a new video I just had to check out, a personal exercise demo for my viewing pleasure, or question about supplements and programming.

He was a ball of energy, to be sure.  Firecracker was his nickname.  And it seemed that every other day he had a new ‘thing’ he was working on.

“Ahmed!  Sup, brotha… how’s that mass program working out for ya?”, I’d inquire.

He’d chuckle back and shrink a little, “Oh, not so well.  Wasn’t seeing any results.  Think my problem is my core is too weak, so I found this guy’s program online that looks pretty tight, so I’m thinking that’s what I’m gonna do tonight.”

For a bit of perspective, this mass program of his, the one he wasn’t seeing any results on, was a solid one.  However, he decided to give it up after six days.  And prior to that he was coming off of calling it quits on a jump/vertical increase program because he decided he didn’t have enough muscle mass to succeed at it.

But it wasn’t until recently that we’d actually end up training at the same gym and that I’d get to see the Firecracker in action.

I run into him quite often, and have yet to see him perform a workout that looks even remotely similar to the previous one.  In fact, he gets a euphoric high out of calling me over to the functional training area to check out the cool new moves he’s working on.

As usual, he’s having some issues with his programming and has an idea as to why it’s not working and what he needs to change to make it work.

Now, I love to vary things up and play with new movements that serve me up a piece of humble pie as much as the next guy.  However, all things work in process, and you’ve gotta give that process some time to play out  — the time it needs — to cultivate the results you’re seeking.

Quite often, the problem isn’t the plan, but the execution of the plan. 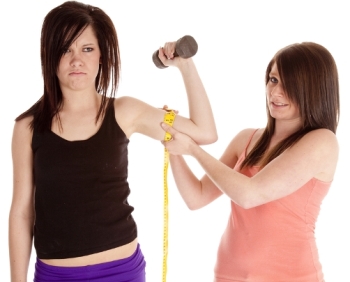 Ahmed has a hard time ‘staying the course’ so to speak.  He’s looking for the results yesterday.  Instant gratification rules his approach to his training.  And, unfortunately, he’s as of yet, been unable to embrace the process inherent in all things, and he always finds himself chasing the next best thing.

The end result is years of switching gears, but getting nowhere.

Patience doesn’t mean sitting still, passively waiting for something to finally arrive.  It means consistently doing the work that needs to be done, and playing the game at the speed it’s designed to be played so that things come to fruition.

Are you containing your effort, or are you trying to top off a leaky vessel?

Are you pushing your technique too far, or do you need to take a step back and take things apart for a while?

Are you giving progress a chance or are you shortchanging the process for the sake of an ever-elusive destination?

Managing time is tough enough for most folks.  So why waste what precious time you’re actually able to manage?

Take a moment to step back and assess what you’re doing with what you’ve managed.  You just might find there are a few things you can clean up.